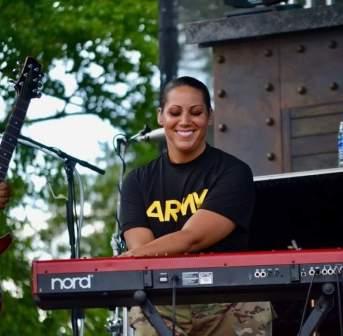 Gina Staffieri is a New York native with over 15 years of teaching and performance experience. Gina worked as a professional flutist and pianist in the United States Army Band from 2006-2019, performing in woodwind ensembles, marching band, concert band, rock band, and as a solo pianist. Career highlights include performing for the late Queen Elizabeth II, opening for Trace Adkins in concert, performing at the Kentucky Derby, marching in the Rex and St. Patrick’s Day parades in New Orleans and New York city, and various television and radio performances. Gina also has experience working as a church organist and music director for the Diocese of Buffalo, which is where her love of Bach chorales and Baroque music began. Outside of music, Gina’s favorite pastime is spending time with her family and traveling.