Our goal is to encourage participation in and enjoyment of all forms of music through the sale and promotion of quality musical instrument products and accessories in a friendly atmosphere where the customer is the first priority.

Established in 1965, Phillips Music began as a piano-only store, continued with steady expansion into other instruments beginning in the 1980’s, when they added Band and Orchestra rentals/sales. Several major Combo lines were added including Roland and Ibanez. Owner Don Phillips retired in 1998 and sold the business to current owner David Jackson, who had been store manager since 1980. Eventually pianos were phased out as more room was need for the expanding Combo and School Music part of the business. The Phillips Music Education Center was added in 2007, using facilities in adjacent office space. Another major change came in 2011, when another local MI store closed and Phillips added several major lines, including Fender and Peavey. Now bursting at the seams, the store relocated to a much larger 9000 sq ft location with dedicated lesson facilities in July of 2012. We are now positioned as the largest and most complete Music Store in SW Oklahoma, serving schools, churches, and all ranges of aspiring musicians.

Our website, refreshed in mid-2020, is intentionally as much about people as products. Our in-store inventory is ever-changing and showing it all online is not within our ability. We will feature products that are available in-store and would love to invite you to see them in person. We try to be active in our community by supporting local causes like the Lawton Food Bank and hope to present a local source for quality products and related information. 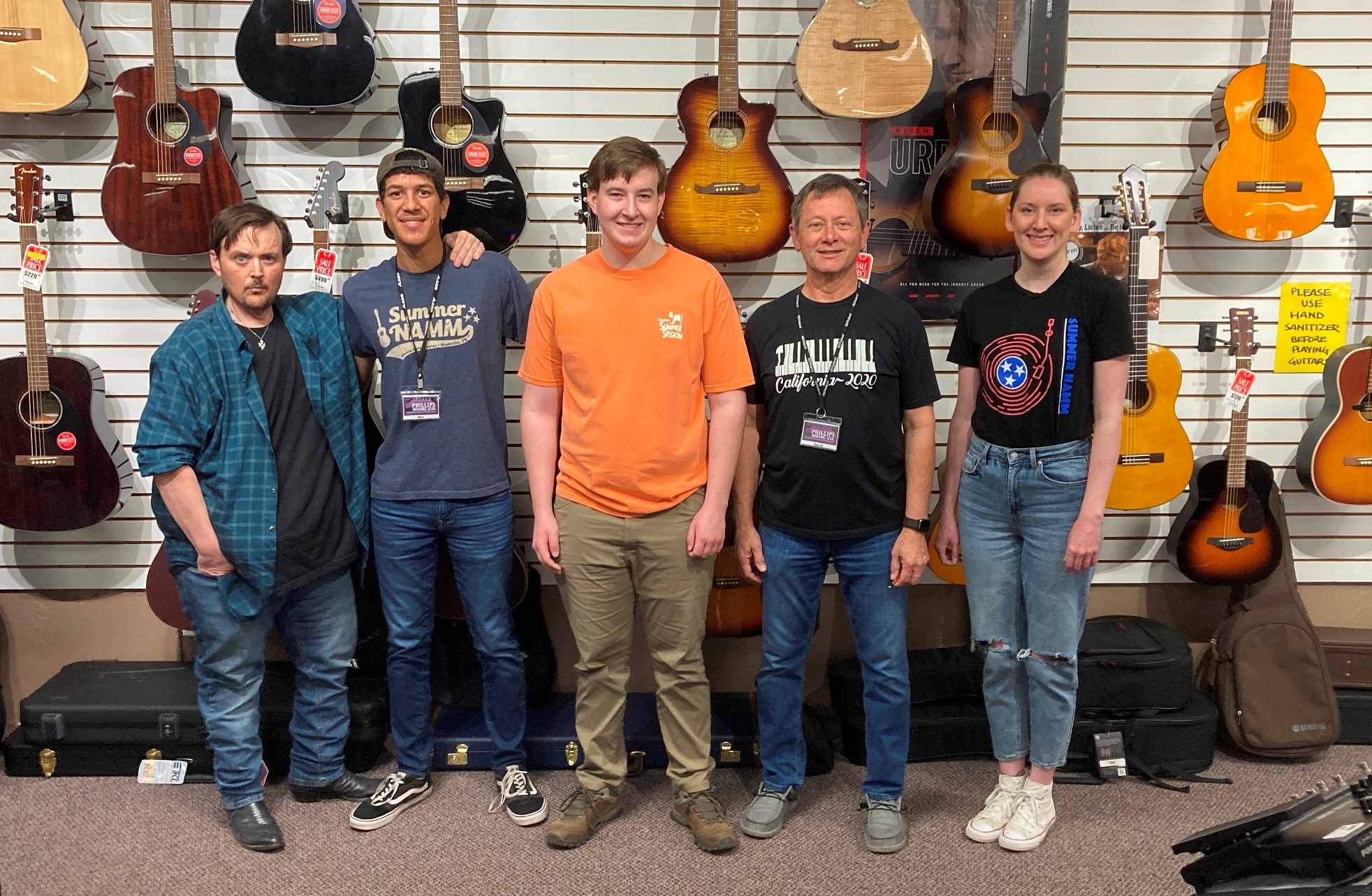 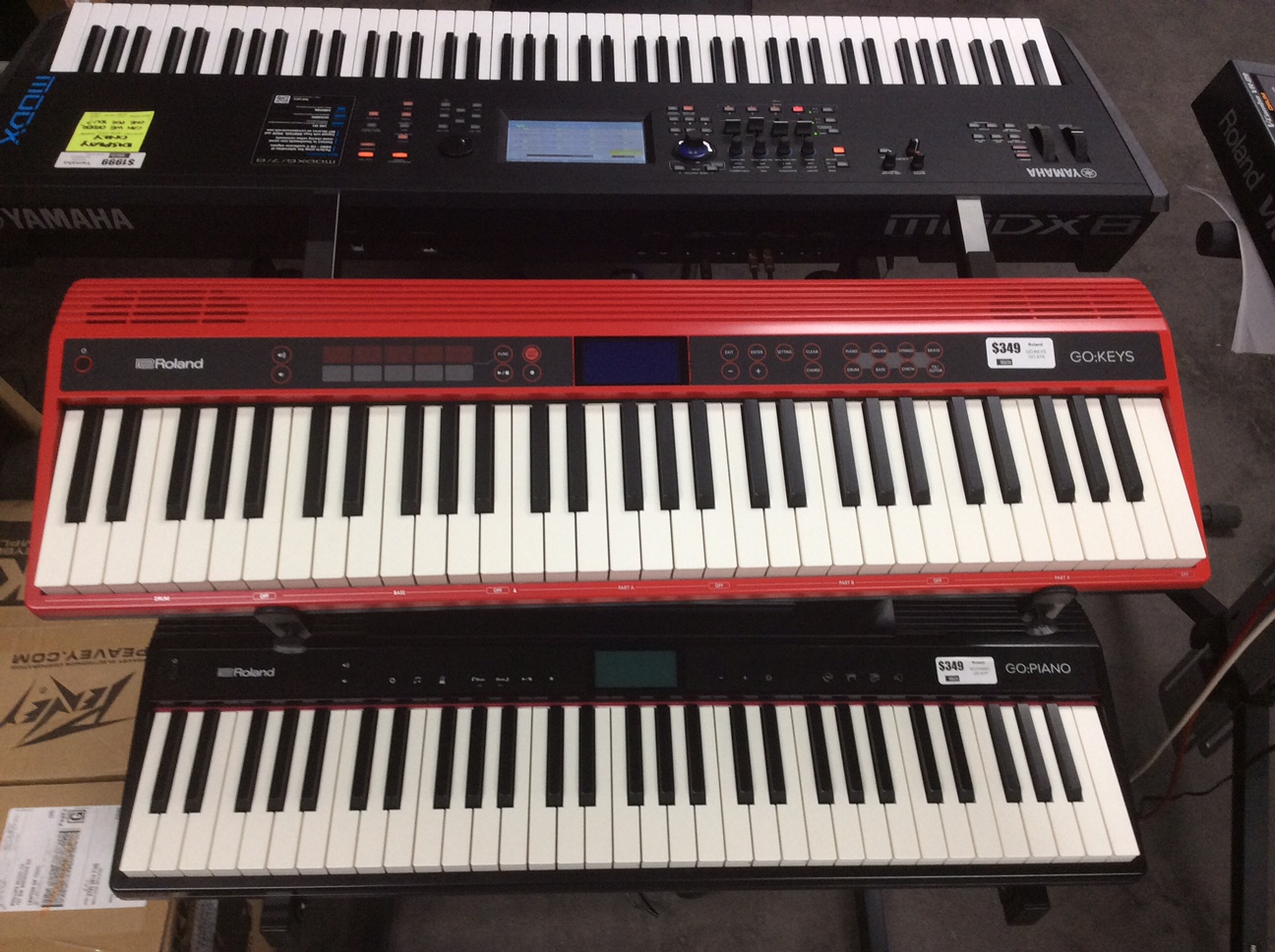 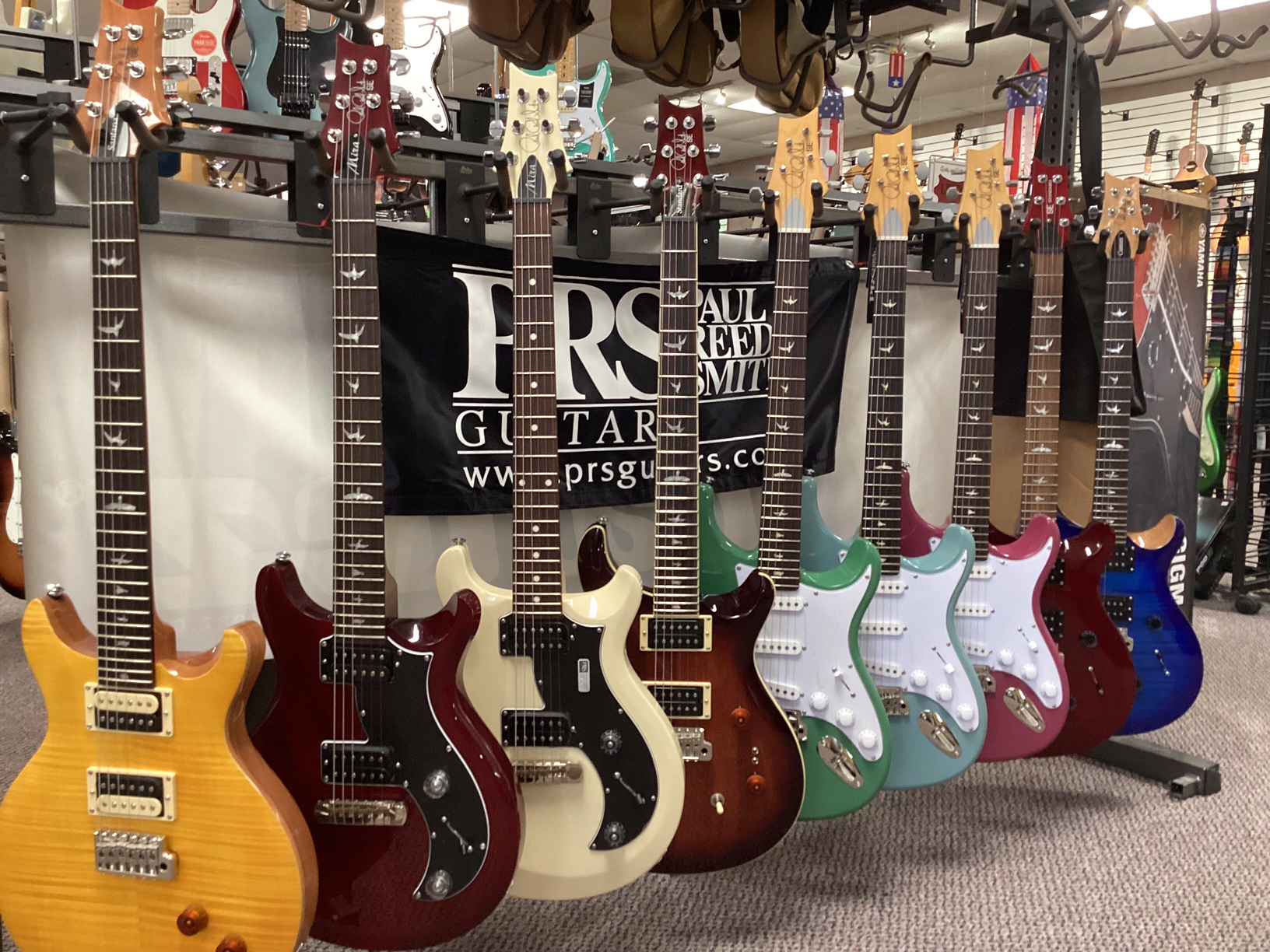 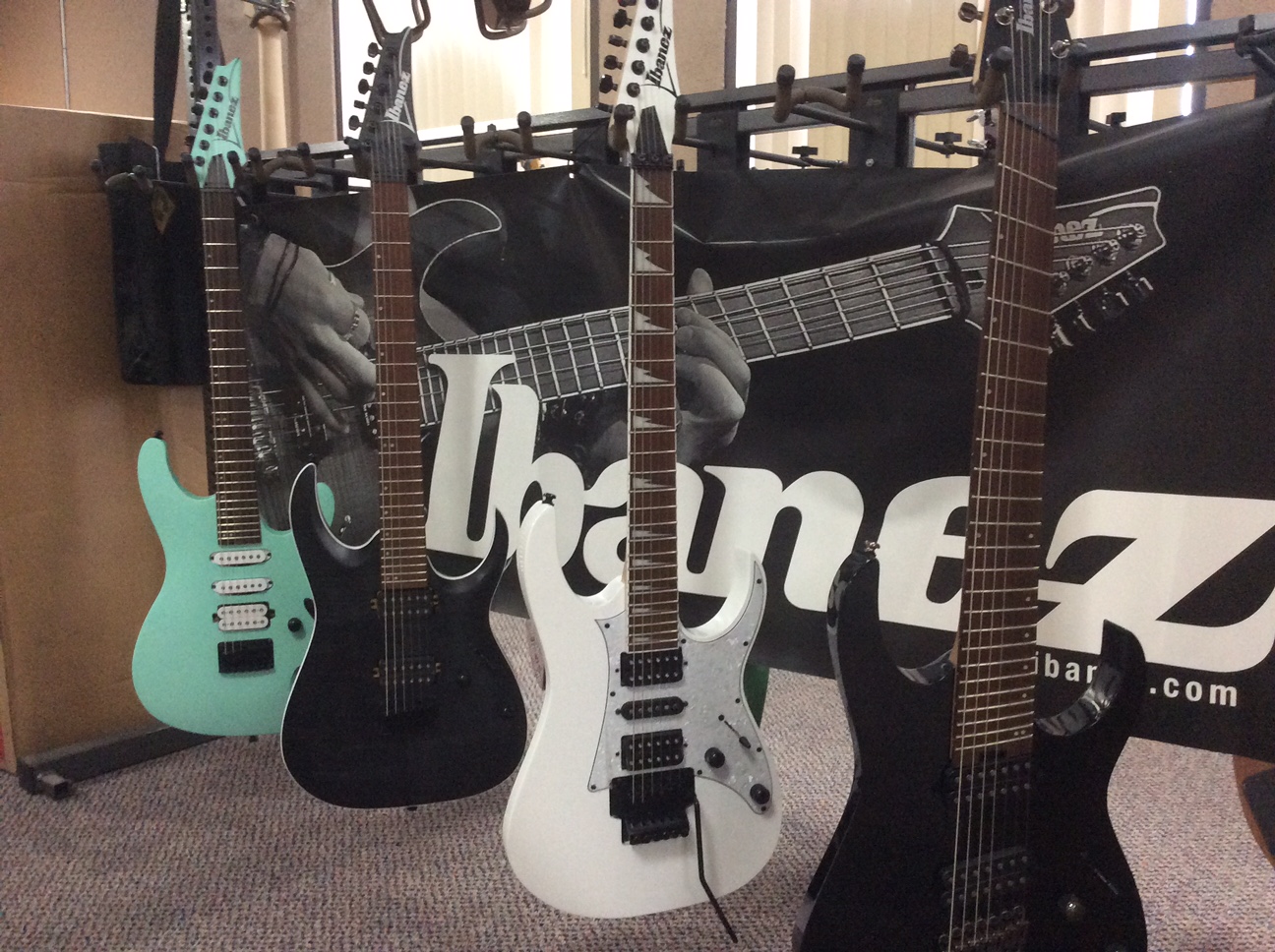 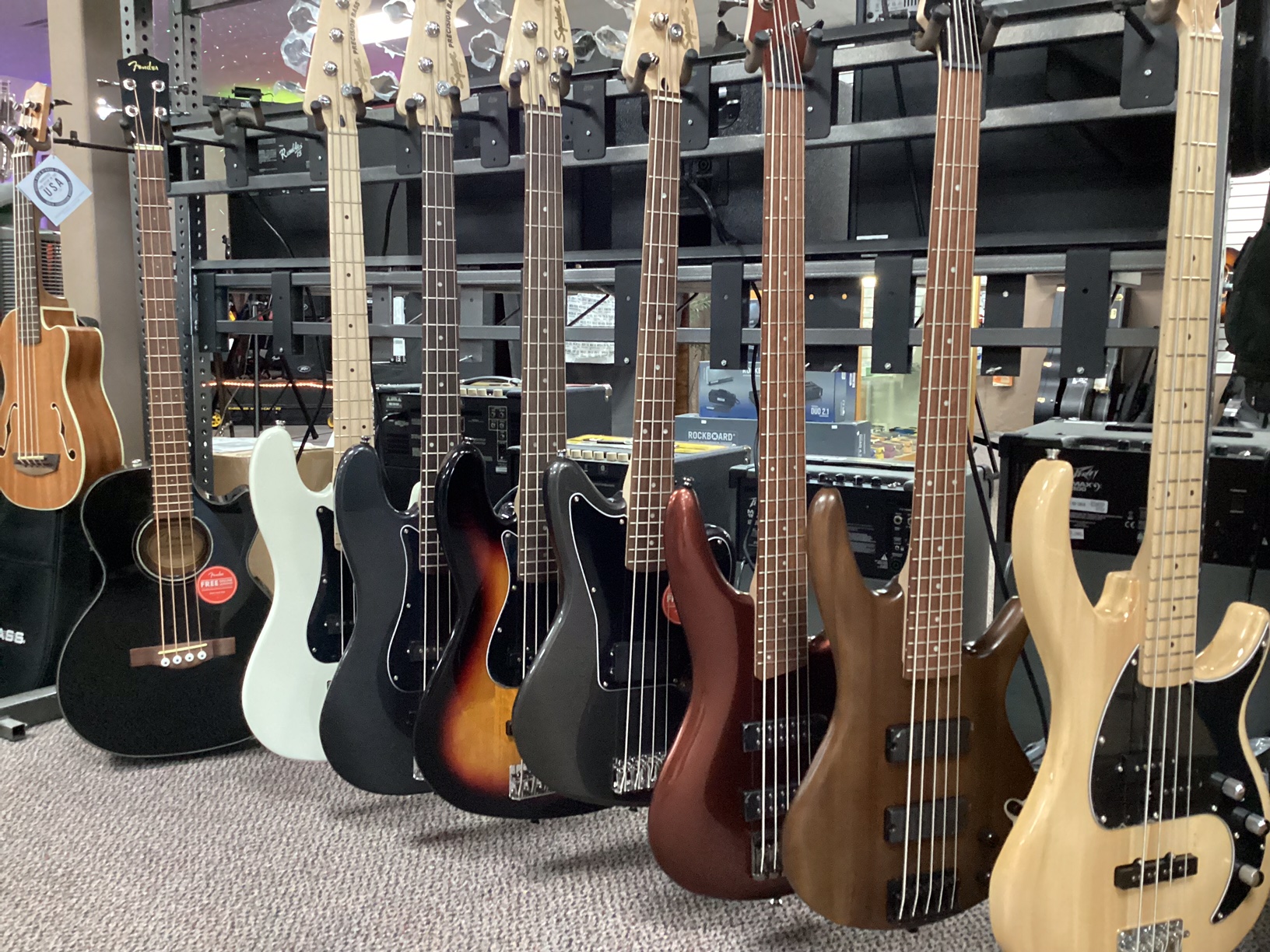 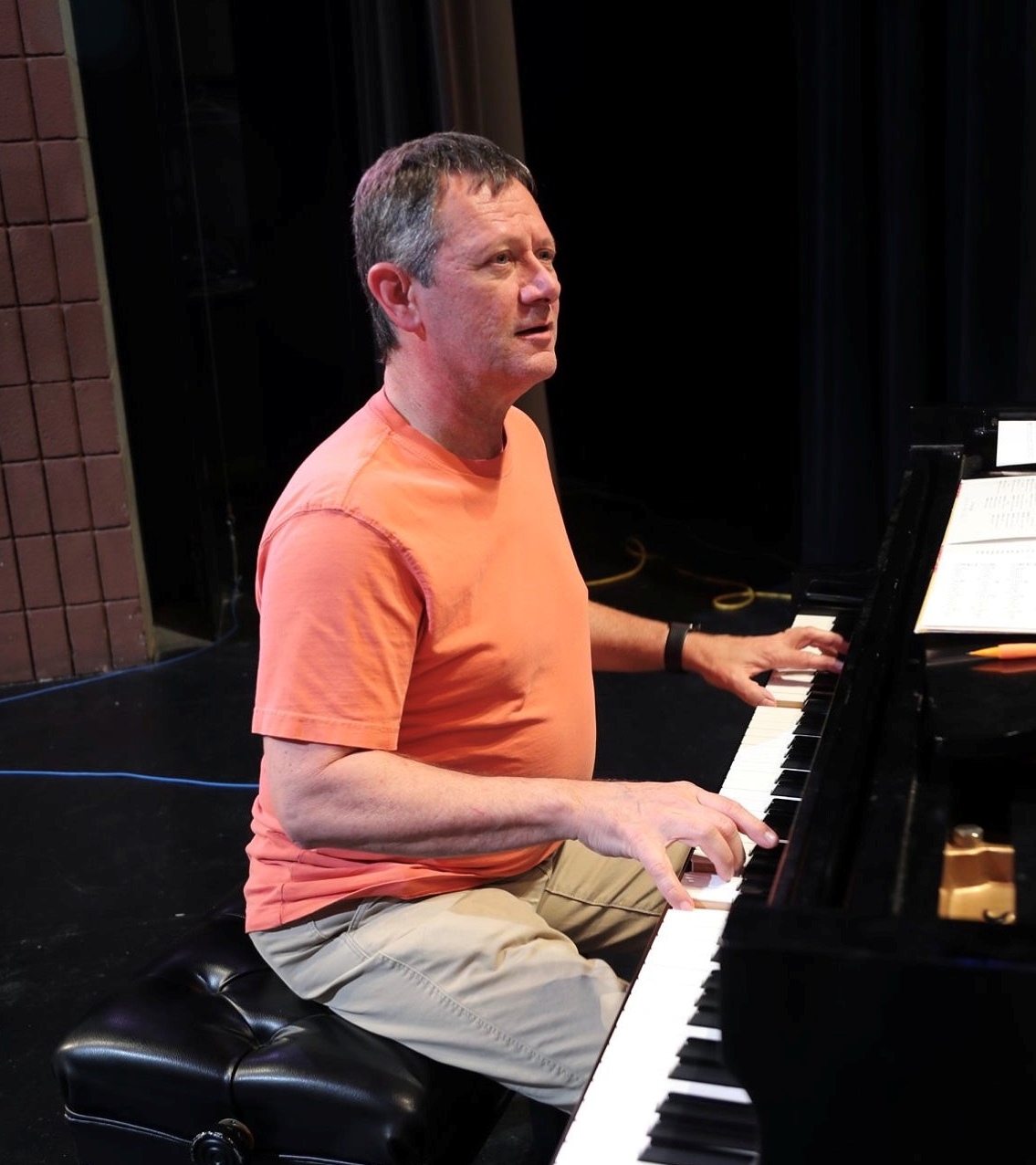 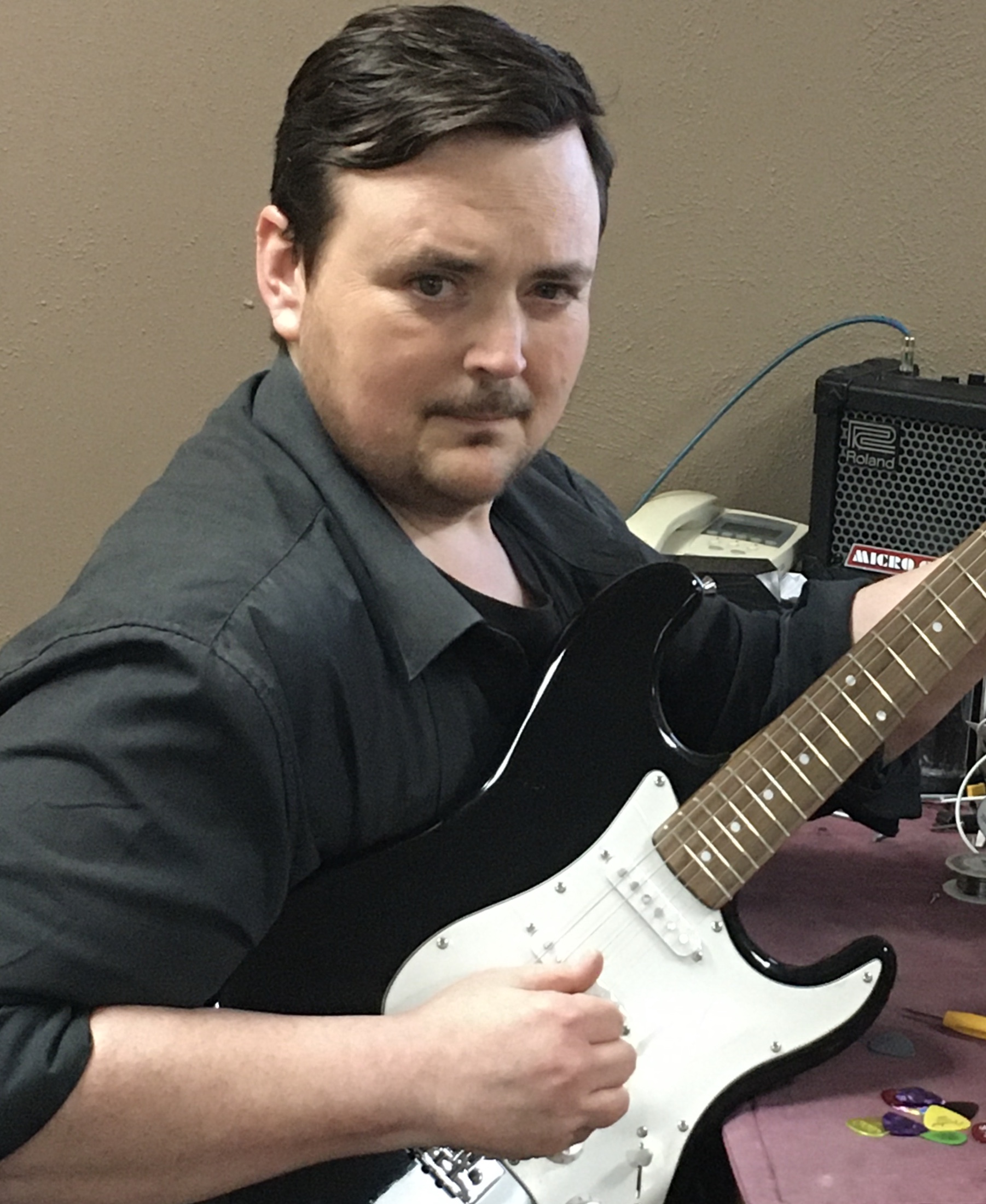 David Wilson (guitar department manager): David took charge of guitar sales, maintenance, and repair in mid-April 2004. He is no stranger, however, having worked here part-time from 1992 through 1995. He has taught private guitar lessons for over twenty five years and has performed with several local bands over the years. He has fully embraced computer-based recording, operating a project studio at our education center and providing hands-on product support on our in-store PC. 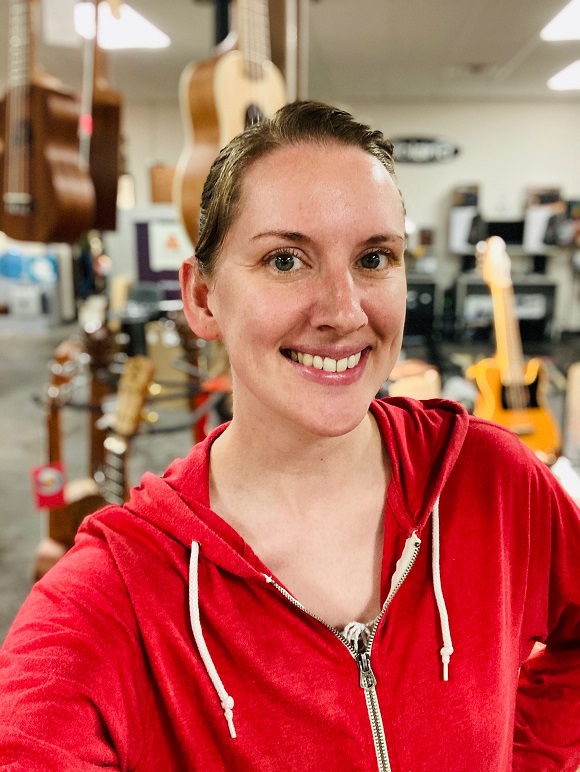 After a brief time away, Melissa returned to Phillips Music in the summer of 2015. Melissa has a Bachelor of Music degree from Cameron University. Her main instrument is clarinet, but she’s been known to dabble in ukulele as well.

When she’s not working in the store, Melissa spends her time on film sets, hobnobbing with celebrities as a production assistant or script supervisor. She has worked on the films “Minari”, “Stillwater”, and “Harvest of the Heart”. Steven Yuen gave her a hug once, NBD (-:  She’s also partied with Matt Damon (and by party, she means she spotted him standing a few feet away from her at a wrap party and was rendered frozen and speechless). 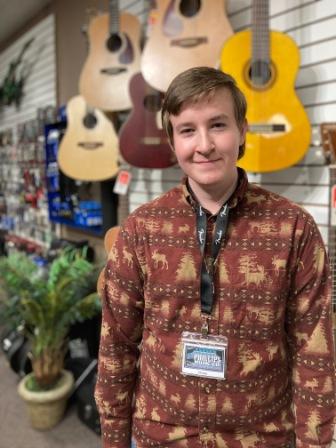 Chase joined the PMC crew in March 2021. He was born in Colorado Springs, CO and spent many of his early years on the move as an Army ‘brat’, from Houston to Germany and ending up in Medicine Park and attending Lawton MacArthur High School. He been playing guitar since 2015 and enjoys playing a diverse range of styles, including composing his own music. His favorite all-time musician is Claude Debussy. Side note: he’s an avid bow hunter. 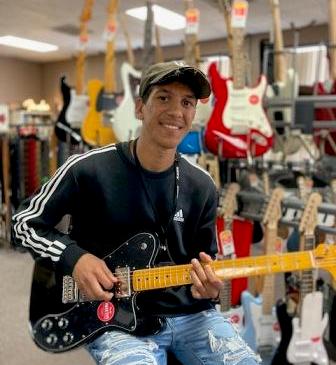 Aaron joined the Phillips Music staff at the end of March 2022 after having begun his musical journey here 10 years ago with an Ibanez starter pack guitar. He now plays guitar, bass, drums, and piano and is using his talents leading student worship at FBC East. He was born in Ft Leonard Wood, Mo, but grew up in Lawton, graduating from MacArthur High School in 2017. Some of his favorite bands are Pavement, The Pixies, Sonic Youth, and the Eagles. Musical influences include early 80’s Post Punk and 90’s Grunge. Non-musical hobbies are disc golf, fishing, and walking outdoors.

Did we mention we love showing off our store? Many of our customers comment on how 'great the store looks'. Until you can see us in person, check out the button below to 'drop in' on different areas of the store. Then come see us to get in on the latest in gear and accessories.